What is a Shire?

The Shire horse traces back to the “English Great Horse”, and the Great Horse in turn to Flemish horses brought to England during the 12th century. These Flemish horses were noted both for their size and for colors and markings similar to what we think of as typical for the Shire. Such horses had been used both on the Continent and in the British Isles as war horses, but as England became a world power whose wars, when they occurred, took place far from the island, the Shire was used more in farming and commercial trade. During the 1800’s, vast quantities of goods were shipped both to and from English ports, and the Shire contributed dramatically to the movement of these goods. At the same time, farming developed a need for strong, docile horses which could work the fields of either the flat marshy “fen” counties or drier Yorkshire and Lancashire. The stockmen of Britain selected the Shire to fill these needs, as well as those of the markets of Liverpool and London.

With the ever increasing mechanization of the twentieth century, the Shire and other heavy breeds, could easily have been allowed to die out, but fortunately there has in recent times been a great revival of interest in these magnificent animals. No show classes are more popular with spectators than those for the ‘heavies’. Shires still work the land in some parts of the country and several brewers use them to pull drays in the city streets.

As of today, there are about 3000 ASHA-registered Shires in the world. 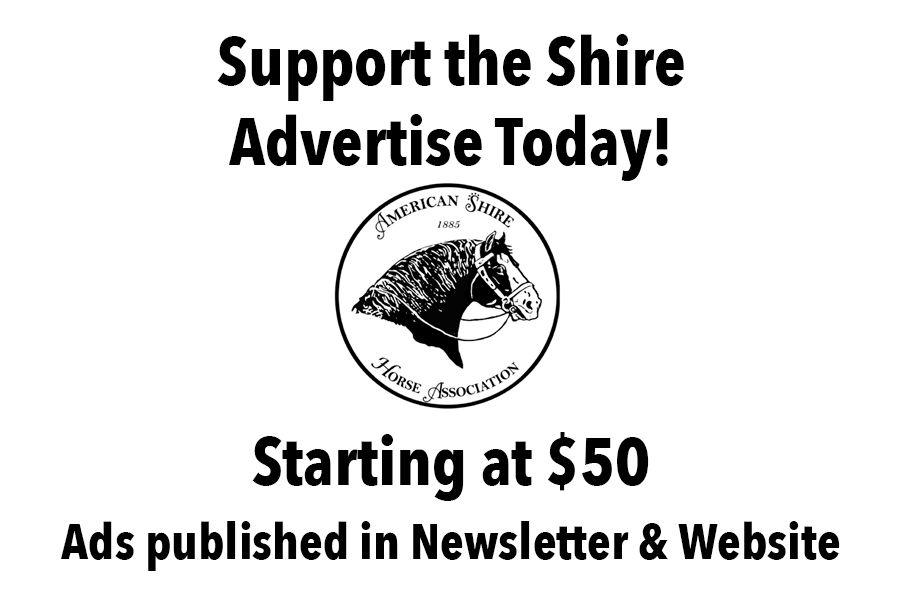 The Shire Registry depends on the benefactors and breeders who actively participate. We have advertising options to fit every business model.